How Will 5G Change the Technology ?

How Will 5G Change the Technology ? 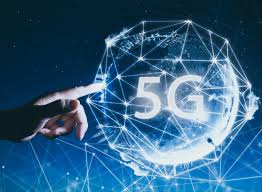 There has been a great interest in the recent years about the introduction of 5G technology. In the next one year you can feel the real thing. AT&T seems to launch mobile phones with 5G technology with many of the selected markets. Further, beginning with Sacramento, CA a lot of cities will be familiarized to fix 5G as Verizon partners with Samsung. While the other carriers, T-Mobile and Sprint are in plans to get into the 5G scene by 2019 and 2020. In a National Security Report published by The White House, 5G Wireless service is now involved as an infrastructure priority.

5G is known as 5th Cellular Technology Generation – the G stands for generation, which follows the 4G standard that was introduced way before in 2010. In the month of December 2017, a formal standard was introduced for 5G standard. The 5G technology will leave back 4G speed behind in terms of upload and download. Further with 5G, there will be less latency problem existing currently in the network. 5G results will be faster, and the connectivity will be more reliable which will advance the next coming technology. Implication of the 5G evolution

There will be great wave in the mobile internet speed also. With the AR and VR experiences, there will such mobile experiences which were previously not heard or seen during 4G technology. The present day devices are not supported by 5G technology, but as technology rolls out there will be a growth in all the devices as well.

The technology will greatly influence Home Internet. The most amazing part about this technology is that it is not a costly affair. The whole thing is going to be wireless and it will let users enjoy high speed internet without any stop.

After a lot talk about the 5G technology, it is surely going to create a great impact in the coming year. We will definitely feel the changes in autonomous cars, Home Internet and Mobile Innovation. The whole new technology is going to be a boon for the digital world.